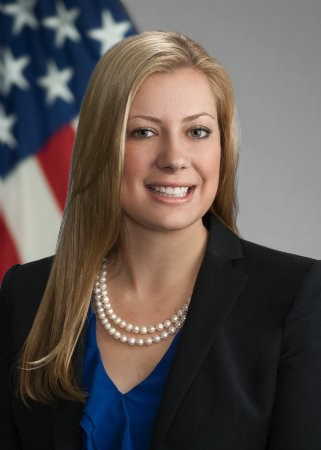 Former Director of the Office for Victims of Crime

Jessica E. Hart is the Director of the Office for Victims of Crime (OVC) within the U.S. Department of Justice, where she oversees programs and services that help victims in the aftermath of crime and as they rebuild their lives.  Ms. Hart was appointed to this position by President Donald Trump, and officially sworn in on March 31, 2020.  At OVC, she oversees the administration of nearly $9 billion in grants and other projects that are vital to victims of human trafficking, mass violence, elder abuse, sexual assault, domestic violence, and child abuse, across the country and in tribal communities.

Ms. Hart has over 10 years of diverse legal and public service experience, including positions within the federal government in the Department and in Congress.  Prior to joining OVC, she served as the Intergovernmental Affairs and Public Liaison for the Department where she managed relationships with governors, state attorneys generals, elected officials, law enforcement, and key stakeholders.  She also helped direct responses to congressional inquiries and prepare witnesses for testimony and briefings before the U.S. Congress.  During that time, Ms. Hart supported crime victim-related legislation and public policy initiatives.

Before joining the Department, Ms. Hart worked in the United States Senate and in private practice with Bracewell & Giuliani, LLP, where her practice focused on commercial litigation and government and internal investigations.  Ms. Hart holds a law degree from Baylor University and a Bachelor of Business Administration from the University of Texas.