Their actions exemplify the best of the blue. 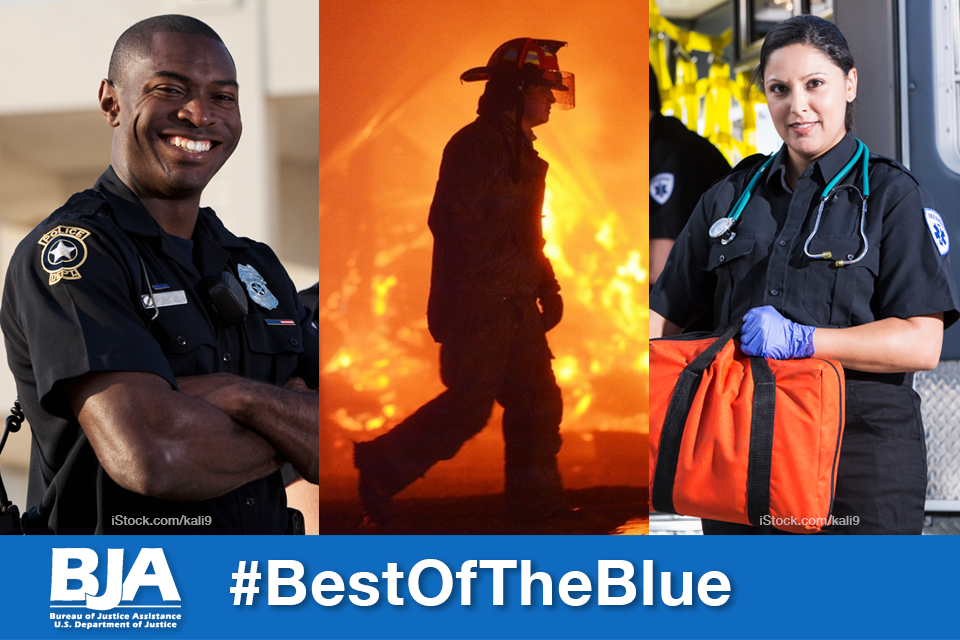 When the officers simultaneously came upon the scene of a head-on collision in Tennessee on February 13, 2016, the cars were already in flames.

Then-Sergeant William Lee Buchanan, of the Avery County Sheriff's Office, and Emergency Medical Technician Sean Ochsenbein, of the Putnam County Rescue Squad, quickly determined that one driver was already dead.  The other driver was unconscious and trapped in his car, his knees jammed under the dashboard.

The officers found that its doors would not open, nor could they reach the driver through the back hatch of the damaged car.

As flames spread, EMT Ochsenbein retrieved a device known as a ratchet strap from his car.  He and Sergeant Buchanan attached it to the door of the burning car and, using all their strength, heaved it open.  They were able to rescue the driver and begin to provide medical care.

The driver recovered from his injuries.  However, if not for the actions of Sergeant Buchanan and EMT Ochsenbein, he would have perished at the scene.

Officer Buchanan and EMT Ochsenbein acted quickly and bravely to intervene in the midst of a dangerous accident, placing themselves at risk and saving a man’s life.  Their quick thinking and commitment to saving others resulted in their recommendation for the Medal of Valor, which is the highest decoration for bravery exhibited by public safety officers in the United States.  The Medal of Valor is the civilian equivalent of the U.S. military’s Medal of Honor, conferred on law enforcement officers; firefighters; corrections, court and civil defense officers; and emergency services officers.

To honor actions above and beyond the call of duty, Congress passed The Public Safety Officer Medal of Valor Act of 2001, which created the Public Safety Officer Medal of Valor.  The President or Vice President awards the medal annually to public safety officers who have exhibited exceptional courage, regardless of personal safety, in the attempt to save or protect human life.  The Attorney General designated the Office of Justice Programs’ Assistant Attorney General to serve as the federal point of contact for the Medal of Valor initiative.  OJP’s Bureau of Justice Assistance assists in overseeing the Initiative.

“These individuals exhibit bravery that is almost superhuman.  They run toward danger—even when every natural extinct tells them to flee—to save lives and ensure community safety,” says BJA Acting Director Michael Costigan.  “BJA is extremely proud to operate programs to honor the very best of our public safety officers.”

To receive the Medal of Valor, public safety officers must be nominated by the chief executive officer of their employing agencies, recommended by the bipartisan Medal of Valor Review Board and cited by the Attorney General.

The 2019-2020 MOV nomination period is now open.  Nominations must be submitted no later than July 31 through the online Medal of Valor Nomination System.