Nominations submitted by heads of law enforcement agencies will be accepted through February 15, 2021. 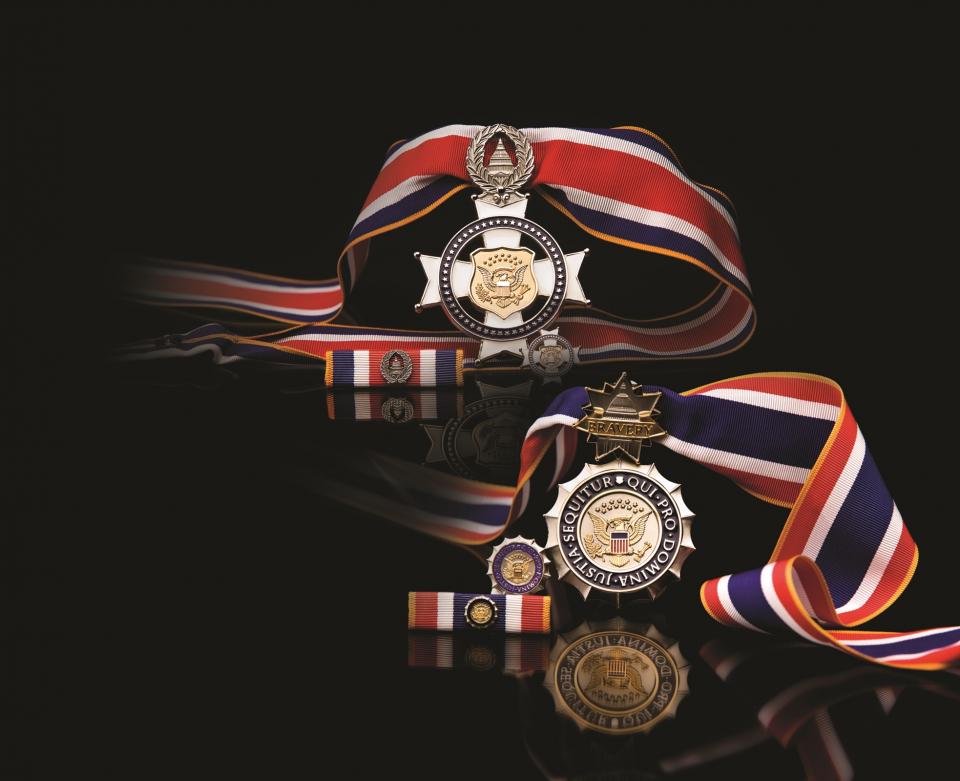 On February 27, 2017, Deputy Matthew Self, of the Guilford County Sheriff’s Office, was dispatched to a home near Greensboro, North Carolina, following a report of domestic violence.  When an armed man opened the door, his wife ran out, and he pointed his gun at her.  Deputy Self drew his weapon and fired.  Although hit, the man shot back, wounding Deputy Self.  He also continued shooting at his wife, who had run into nearby woods.

Bleeding heavily, Deputy Self took cover in a ditch.  Although in shock, he radioed for help, continued firing at the suspect and directed responding units to the scene.  Tear gas forced the assailant from the house, and he shot himself.  The man, his wife and Deputy Self were rushed to the hospital, where the deputy underwent surgery.  The assailant, who survived, was later charged with attempted first-degree murder.

As Deputy Self exemplifies, law enforcement officers—whether federal, state, local or tribal—engage in exceptional acts of bravery every day.  Often these acts place officers in situations where they become seriously injured, or, even worse, make the ultimate sacrifice, while protecting our communities and country.

To be eligible for the current award, officers must have performed an act of bravery—one in which they risked injury—while in the line of duty sometime between January 1 and December 31, 2020.  Officers who gave their lives while performing such an act may be nominated posthumously.

This is an opportunity for the heads of federal, state, local and tribal law enforcement agencies to step forward to nominate their officers.  All CBOB nominations must be submitted by, or at the direction or approval of, the head of the agency that employs the nominee.