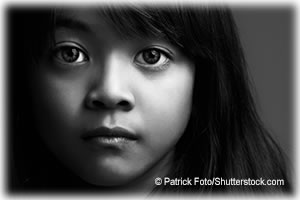 Child abuse and neglect is a substantial public health concern that can lead to devastating outcomes for victims long into adulthood.

In federal fiscal year 2018, there were an estimated 678,000 victims of child abuse and neglect across the country, according to the annual Child Maltreatment report from the U.S. Department of Health & Human Services.

The report found girls had a higher victimization rate (9.6 per 1,000 girls) than did boys (8.7 per 1,000 boys), and American Indian or Alaska Native children had the highest rate of victimization at 15.2 per 1,000 children in the population of the same race or ethnicity. The majority of abuse perpetrators were a parent (77.5%) of the victim.

For victims of abuse, the negative effects are wide-ranging. Child abuse is associated with lower school achievement, juvenile delinquency, substance abuse, and mental health problems. Research funded by the National Institute of Justice (NIJ) showed that child abuse increased the risk of crime in adulthood by promoting antisocial behavior during childhood and adolescence.

The Office of Juvenile Justice and Delinquency Prevention is working to prevent child abuse and mitigate its negative impact through partnerships, programs, and training and technical assistance. The Office for Victims of Crime is committed to improving response to victims of crime, including victims of child abuse and neglect. Additionally, NIJ has funded a range of research that expands our understanding of children's exposure to violence, both as direct victims and bystanders, and informs the development and enhancement of strategies to reduce the impact of violence on children and youth.

Federal legislation provides a foundation for states by identifying a set of acts or behaviors that define child abuse and neglect, but each state has its own definitions of child abuse and neglect based on these standards. Most states recognize four major types of maltreatment: neglect, physical abuse, psychological maltreatment, and sexual abuse. Although any of the forms of child maltreatment may be found separately, they can occur in combination.

Child maltreatment prevention efforts have grown and changed substantially over the last half century. Efforts have moved beyond a public awareness approach to one that emphasizes the vital role of community, early intervention services, and caregiver education to help keep children safe from abuse and neglect.

Child fatality review teams have emerged as a useful approach to help communities accurately count, respond to, and prevent these as well as other preventable deaths. Review teams respond to the issue of child fatalities by improving interagency communication, identifying gaps in community child protection systems, and acquiring comprehensive data that can guide agency policy and practice.

Visit the following pages for additional information and resources produced or sponsored by the Office of Justice Programs and other federal sources: