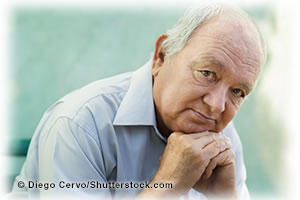 Aging is accompanied by changes in physical and mental health, making older adults particularly vulnerable to crime, abuse, and neglect. Isolation, memory loss, and a diminished cognitive ability make it even easier to defraud or coerce them.

However, researchers also found that social support protected against the negative effects of elder mistreatment, with the exception of PTSD. This finding suggests that services and activities that increase social support for the elderly may prevent them from becoming victims of abuse and help to alleviate any negative outcomes for those who have been abused in the past.

Seniors are often targeted over the telephone, through the mail, and online in scams involving fraudsters posing as Internal Revenue Service agents, sweepstakes scams, and other schemes to defraud them.

In 2018, fraud and romance scams aimed at older adults resulted in losses of more than $184 million. To help combat fraud against older Americans and provide services to victims, the Office for Victims of Crime launched the National Elder Fraud Hotline for people to report fraud against anyone age 60 or older. The hotline is staffed by professionals who help callers navigate the process of supporting victims of fraud.

Elder abuse represents a serious public safety and health concern, but it is a difficult problem to address because it is often underreported. Many victims are faced with the choice of reporting a family member or friend to police regarding the abuse or continuing to suffer in silence. Results from the 2003-2013 National Crime Victimization Survey showed that nearly half of elderly victims of violence knew their offenders.