The Bureau of Justice Assistance: Delivering Innovations in Public Safety for 38 Years (and Counting) 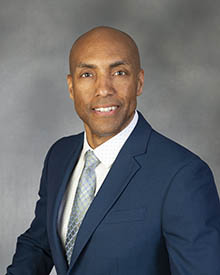 As Director of the Bureau of Justice Assistance (BJA)—a position I’ve been privileged to hold since early this year—I’m sometimes asked what sounds like a simple question: What does BJA do?

There isn’t really a simple answer.

Since 1984, when the U.S. Law Enforcement Assistance Administration and several other federal programs were consolidated to form BJA, our agency has worked to strengthen and improve every facet of America’s criminal justice system. We have awarded grants and offered expert support to law enforcement agencies, courts, and corrections systems in all 50 states, in U.S. territories, and on tribal lands.

These programs have produced fundamental changes in the way justice is administered across our nation, making our communities safer and protecting the rights of individual citizens. The scope of these changes is so broad that it’s impossible to point to a “typical” BJA program. There are so many, and they have achieved so much, that BJA’s work cannot be summed up in a sentence or two.

But I’ve discovered that many of BJA’s initiatives, no matter how different they are, have several important traits in common: they identify groundbreaking ideas, provide the knowledge and funding needed to help those ideas become reality, and disseminate the ideas as widely as possible.

So what does BJA do? Here’s one answer: BJA delivers innovations in criminal justice and public safety.

I realize that because BJA is a branch of the federal government, people may not immediately think of us as innovators. And our home base in Washington, DC, is a long way (both physically and spiritually) from America’s most celebrated cradle of innovation, Silicon Valley.

The growth of the tech industry has been powered by venture capitalists—financiers who find trailblazing startup companies and help grow them into giants. For 38 years, BJA has done something similar, identifying and supporting entrepreneurial judges, law enforcement officers, and other public servants whose ideas and insights have made the public safer and the justice system more fair.

BJA oversees more than 50 programs that do important work every day. As our agency marks its 38th anniversary, it’s worth spotlighting a few initiatives that BJA has nurtured for decades, helping them grow from local experiments into national institutions.

One that is familiar to most of us at BJA: drug courts. Across the United States, there are more than 3,500 drug or treatment courts helping defendants with substance use disorders conquer their illnesses. Studies show that drug courts reduce recidivism, making the public safer and saving money at the same time.

What you may not know is that for more than 25 years, BJA has played a crucial role in the development and expansion of drug courts. Early BJA grants backed what was a revolutionary idea and helped establish drug courts as an integral part of the American court system.

The first drug court was started in 1989 in Miami, when that city was suffering an epidemic of cocaine-fueled violence. A group of Miami officials became convinced that traditional approaches to the “war on drugs” were failing. So they developed a radically different judicial process for defendants who suffered from addiction, focusing not on punishing past acts but preventing future crimes through recovery.

The new approach quickly proved successful, and in 1995, BJA awarded its first grants to localities starting drug courts of their own. Since then, BJA has directed hundreds of millions of dollars to support hundreds of drug and treatment courts. Last year alone, BJA supported drug courts in 95 locations with grants totaling almost $67 million. Today, we have not only traditional drug courts but also specialized treatment courts serving veterans, juveniles, and Native Americans.

PSN built on the work of two local programs that had dramatically lowered gun violence in their communities: Project Exile in Richmond, Virginia, and Operation Cease Fire in Boston, Massachusetts. Both of these initiatives created task forces of law enforcement officers and prosecutors from multiple jurisdictions that identified criminals who repeatedly used guns and prosecuted them to the fullest extent of the law. In Richmond, this approach helped reduce the murder rate by almost 50 percent.

PSN created similar task forces in federal judicial districts across America, all of which were overseen by each district’s U.S. Attorney. BJA grants not only helped fund their operations but supported the development of detailed “blueprints” that shared ideas and helped these task forces function effectively.

Over time, BJA grants helped PSN task forces become increasingly sophisticated and effective. They began focusing not only on individual criminals but also on violent groups of people or places where violence repeatedly occurred. Fighting gang activity became a core mission for many PSN task forces. BJA grants continue to support advanced technology and analytics that help these task forces precisely target their efforts and get concrete results.

Drug courts and Project Safe Neighborhoods are just two of the innovations that BJA has supported and helped expand across America during our 38-year history. There are many other programs that have made a difference in how our justice system works, and BJA is constantly looking for the next innovation worthy of support.

BJA does not take credit for these ideas. We are privileged to work with dedicated public servants around our country whose experience and original thinking help government accomplish more for the American people. Our job is recognizing great ideas and helping others benefit from them. BJA has been doing that for 38 years now. And I’m honored to help BJA keep searching for good ideas every day.

So if someone asks you, “What does BJA do?”, you might tell them that BJA supports new ideas and innovations in criminal justice that make our communities safer and our justice system fairer.

And if that sounds like all of us at BJA have a pretty great job, it’s because we do.