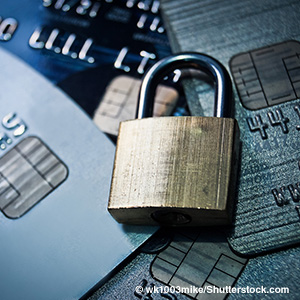 Fraud refers to crimes in which deceptive or false acts are committed for personal, typically financial, gain.

Fraud can be devastating for victims. When fraud occurs, victims are left to cope with the aftermath of compromised identities, damaged credit, financial loss, and a painful range of emotions, including anger, fear, and frustration.

Breakthroughs in technology and the globalization of commerce have provided today's con artists with a new arsenal of weapons to defraud consumers. Personal data, such as social security numbers or bank account and credit card numbers, can be used by criminals to personally profit at a victim's expense or even commit a crime under the victim's name.

Research has shown that victims of fraud are often victimized by complete strangers. In 2015, more than 60 percent of offenders were strangers to their victims.

In 2016, an estimated 26 million persons, or about 10 percent of all U.S. residents age 16 or older, reported that they had been victims of identity theft during the prior 12 months. Among these victims, existing bank or credit card accounts are the most common types of misused information.

Online systems with weak authentication and few indications for determining another's true identity have opened the door for fraudsters to commit numerous crimes by faking their online identities or fraudulently adopting the identities of others. Cyber fraud schemes take many forms, including solicitations for donations to fake charities, especially after disasters, and schemes to purchase investments with low-risk, high-reward outcomes.

If you are a victim of fraud, see the Report Fraud section of the U.S. Department of Justice website for links to online forms and phone numbers that can be used to report specific types of fraud.

Additionally, the Internet Crime Complaint Center (IC3) receives and refers complaints regarding the rapidly expanding area of cybercrime. For law enforcement and regulatory agencies, IC3 is the central clearinghouse for complaints on internet-related crimes, including those that relate to matters of fraud. And for victims, the site provides a convenient, easily accessible, online reporting mechanism to alert law enforcement of suspected fraudulent activities.

The OVC-funded National Identity Theft Victims Assistance Network is working to expand the capacity and outreach of victim services programs nationwide to better address the rights and needs of victims through a collaborative network of state and regional coalitions.