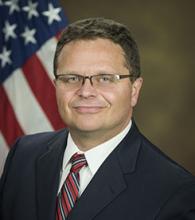 People may tend to think of my home state of Iowa as a place of endless cornfields, where honest and hardworking people live. Which it is. But like all of the U.S., Iowa faces human trafficking, an evil, brutal and pervasive crime that degrades and dehumanizes every person it touches.

Human traffickers use force, fraud or coercion to exploit trafficking victims across the country. The victims may be U.S. citizens or immigrants attracted by the promise of a job or better life. Traffickers make them work in the commercial sex trade or in restaurants, the hospitality industry or households, or as migrant or seasonal farm workers, for little or no pay. With traffickers using various methods to control them, from confiscating documents to threatening violence, these victims see no way out.

Since my time as U.S. Attorney for the Northern District of Iowa for 2007-2009, I believe the criminal justice community has learned a great deal about stopping the horror that is trafficking. The U.S. Attorneys' Office for the Southern District of Iowa recently garnered guilty pleas from seven defendants in Des Moines for the trafficking of four victims, including at least one minor. The traffickers recruited the victims, advertised them on Facebook and online websites known for prostitution, harbored them in hotel rooms, and forced them—with intimidation and physical and verbal abuse—to engage in sex for money.

The formula for human trafficking includes a victim's vulnerability exploited by an often-sophisticated strategy of recruitment, manipulation, intimidation and abuse. Although victims may not wear shackles on their hands or feet, human trafficking is modern-day slavery. It's a crime often described as "hidden in plain sight," because victims may look "normal" and even interact with the community. But their trauma and fear keep them from seeking help, and few of us are equipped to detect the warning signs.

As U.S. Attorney, I created the Northern Iowa Human Trafficking Response Team, which brought together local partners and representatives of federal agencies to combat trafficking and provide services to survivors. The task force helped equip law enforcement, community members and service providers to identify and assist victims, and ensured that resources were available to investigate and prosecute criminals. This is a strategy employed by the more than two dozen human trafficking task forces currently funded by the Office of Justice Programs (OJP).

Now, ten years following my previous federal service, I am pleased to lead OJP and proud that in fiscal year 2018, we were able to grant more than $67 million to fight trafficking at the national, state, local and tribal levels. This is an unprecedented amount of federal grant funding awarded in one year for human trafficking within the United States. And we plan to award even more human trafficking grants in the year to come.

Progress is evident, and OJP's important work has contributed significantly to this progress. In FY 2018, the Justice Department initiated 230 human trafficking prosecutions, charging 386 defendants and convicting a record 526 defendants. In addition, task forces funded by OJP have assisted local authorities in charging and prosecuting additional trafficking defendants at the state and local level. This means that even more victims received justice.

From mid-2017 to mid-2018, grantees through our Office for Victims of Crime (OVC) reported serving a record number of nearly 9,000 human trafficking clients and training more than 76,000 professionals who can assist in identifying victims and helping them on their path to recovery. OVC's anti-trafficking grantees strengthen the victim assistance response in states and territories as we seek to increase the quantity and quality of victim services across the country.

Some estimate that the number of victims caught in human trafficking worldwide is in the tens of millions. I can't begin to wrap my mind around that. But I do know that OJP and the Justice Department, working with our state, local and tribal partners, are committed to identifying and rescuing victims, and providing those victims the resources they need to recover from the trauma they've experienced. Equally important, DOJ is doing all we can to end this vicious crime in the United States—working aggressively with state and local officials to investigate and prosecute those responsible for human trafficking crimes.

For more information, see OJP's video series through the Office for Victims of Crime, "Faces of Human Trafficking."