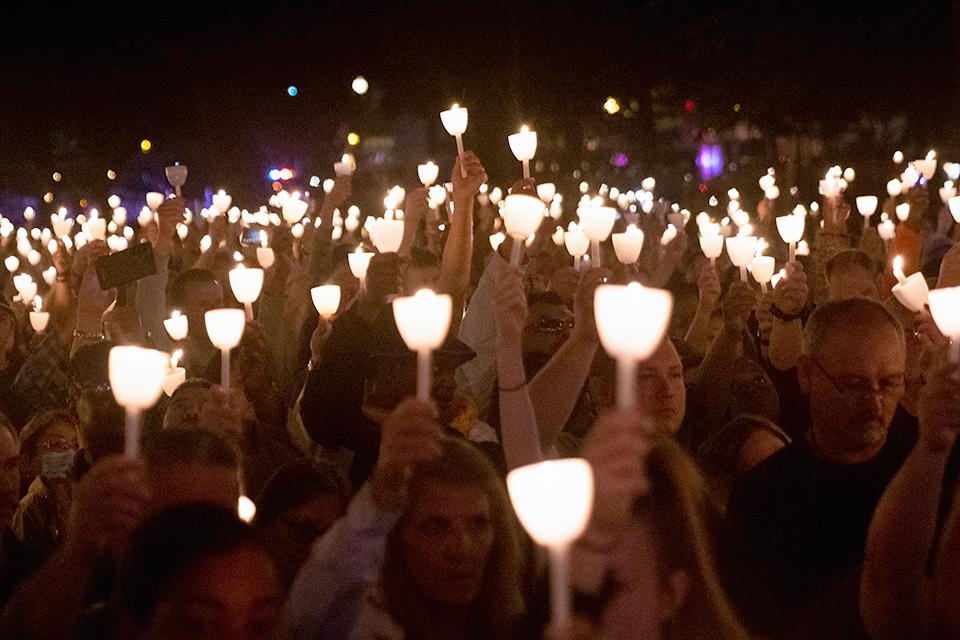 During National Police Week, the Office of Justice Programs joins our colleagues across the Department of Justice and communities throughout the nation in paying tribute to our brave law enforcement officers.  We take this moment also to remember and honor those who gave their lives in service to their communities and their country.

I had the privilege of participating in several of the week’s events, including a roundtable hosted by the Attorney General, the National Law Enforcement Officers Memorial Fund’s 34th Annual Candlelight Vigil and yesterday’s Medal of Valor ceremony.  Over the course of the week, I was moved and inspired, again and again, by the extraordinary acts of individuals and the larger motivations of so many in the law enforcement community.  Lifting up just a couple highlights:

At the National Law Enforcement Officers Memorial Fund’s Annual Candlelight Vigil on Friday night, I had the honor of reading the names of seven officers from Michigan who died in the line of duty.  To see families and colleagues stand in recognition of their service – and their loss – was incredibly moving.  It was both heartbreaking and inspiring to look out at the thousands of candles held by family members and supporters who both mourned and celebrated the lives of the 619 individuals honored at the ceremony.  Their deeds of courage and sacrifice, recalled through the simple act of recitation, are now enshrined in our national memory.

The tribute continued during a moving White House ceremony in which the President and the Attorney General recognized 15 exceptional individuals with the Public Safety Officer Medal of Valor, the highest national award for bravery on the part of law enforcement professionals, firefighters and emergency responders.  One recipient, Deputy Sheriff Dalton Rushing of the Perry County, Ohio, Sheriff’s Office, was recognized for rescuing a person who had fallen through a frozen lake and remained stuck in hypothermic conditions for 45 minutes.  Deputy Rushing tied a rope to the individual and submerged himself in the icy water until rescuers could pull them both to shore.  Another recipient, Second Lieutenant Jared Lloyd of the Spring Valley, New York, Fire Department, was honored posthumously for rushing repeatedly into a burning nursing home to carry out the elderly residents.  Along with his team, Lieutenant Lloyd rescued all 112 residents before running back in one last time, bravely sacrificing his life as the building collapsed.

The heroic deeds of Deputy Rushing and Lieutenant Lloyd serve as vivid reminders of the grave dangers that public safety officers face every day, and the incredible valor they so often display.  It was a gift to see these heroes recognized for their contributions in the presence of their loved ones who share in their sacrifice.

Our nation’s cops are called on to face many difficult and dangerous challenges – gun and gang violence, drug overdoses and mental health crises, domestic abuse and sexual assault, and human trafficking and cybercrime.  They routinely rise to these challenges, responding with professionalism, integrity and honor.

An ethic of duty and service inspires the actions of so many brave peace officers, as they seek to earn the trust of the people they serve and leave their communities more strong and more safe.  As President Biden has repeatedly emphasized, we do not need to choose between safety and equal justice.  These goals are intertwined and interdependent, and further strengthen one to the other.

The health and stability of our democracy depend in great measure on the dedication of our law enforcement professionals.  The Office of Justice Programs is proud to lend them our support, and we remain deeply grateful for their contributions and sacrifice.  To those who have answered the call, we salute you.