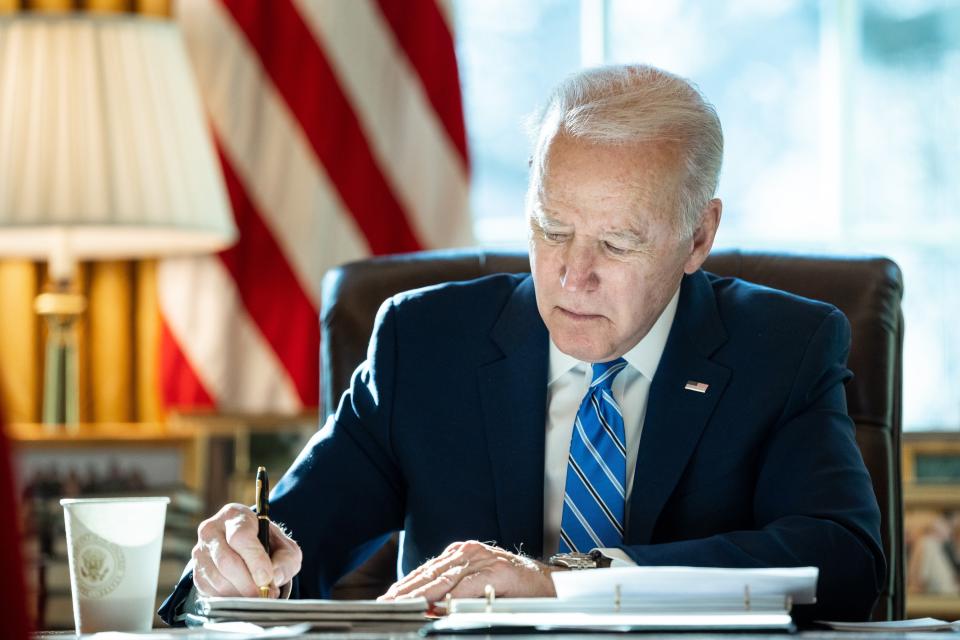 Yesterday, I joined BJA Director Karhlton Moore, NIJ Director Nancy LaVigne and OAAG Senior Advisor Eddie Bocanegra at the White House, where President Biden announced major steps his Administration is taking to address gun violence, thanks to the recently enacted Bipartisan Safer Communities Act.  The law is the first meaningful piece of federal gun safety legislation in almost three decades and comes as a much-needed response to recent horrific mass shootings and to many far more common, but no less tragic, incidents of community gun violence.

The White House event was attended by survivors and family members of victims and by advocates, community violence intervention practitioners and law enforcement leaders who are working every day to keep their communities safe.  During his remarks, the President said, “The action we take today is a step designed to make our nation the kind of nation it should be.  It’s about the most fundamental of things—the lives of our children, of our loved ones.”

In addition to provisions designed to keep firearms out of the hands of people who are a danger to themselves and to others, the new law allocates $1.4 billion to OJP over the next five years to develop, implement and sustain meaningful investments in safer communities.  A total of $300 million in grant funding is available during this fiscal year alone.

A new initiative called the Byrne State Crisis Intervention Program will make $150 million available to support state crisis intervention court proceedings and related programs and initiatives, including programs to enforce extreme risk protection orders, often known as “red flag laws,” which limit gun access for people who are at an elevated risk of harming themselves or others.

Another $40 million will bolster the Bureau of Justice Statistics’ National Criminal Records History Improvement Program to expand background checks for those under 21.  And $50 million will supplement OJP’s Community Violence Intervention and Prevention Initiative, bringing the total fiscal year 2022 funding appropriated for that effort to $100 million.  These resources will help seed and expand community infrastructure needed to complement law enforcement activities and strengthen our neighborhoods.

These are substantial investments in public safety and represent a serious commitment on the part of the Administration and Congress to address the scourge of gun violence in America.  I am eager to get these resources into the hands of our partners in the field so that we can tackle this intractable—and unacceptable—problem, one that tears at the fabric of our society and has claimed far too many lives.  It is time that we come together to realize, fully and finally, the goal of strong, safe and vibrant communities across America.