DOJ discretionary grant solicitations require, at a minimum, several elements. These generally include the Standard Form 424 (SF-424 - Application for Federal Assistance), a program narrative, budget detail worksheet, and budget narrative. Also, there are a few certifications which may be required, and other elements as specified in the program announcement. Specific requirements may vary. For additional information visit: https://www.justice.gov/tribal/grants.

This is a standard form required for use as a cover sheet for submission of pre-applications, applications, and related information under discretionary grant solicitations. The SF-424 collects essential basic information about the applicant. It is essential the authorized representative designated in the form has the authority to receive official notifications from DOJ and that they have the authority to accept award offers. Some of the items are required and some are optional at the discretion of the applicant or the federal agency (agency). Applicants must consult agency instructions to determine other specific requirements. Locate the form here.

Yes, examples of types of applicants include, but are not limited to:

This will be clearly defined in each program funding announcement and Solicitation.

DOJ is required to review and assess the potential risks presented by applicants for federal grants prior to making an award (2 C.F.R. § 200.205). DOJ will use a variety of factors which may include financial capabilities and past performance in a risk-based approach. To facilitate part of the risk assessment, DOJ applicants (other than an individual) may be required to complete a questionnaire to assess their financial capability and submit it to DOJ, prior to award approval, also known as the FCQ.

No, it is important to note that high-risk grantees are not prohibited from applying for or receiving new awards from DOJ. However, if funded, high-risk grantees are managed and monitored closely, and any new awards these grantees receive are subject to additional restrictions, typically imposed through the inclusion of high-risk special conditions. Such conditions may be imposed not only at the beginning of a grant, but at any time throughout the period of the grant, if appropriate.

In general, a recipient may be designated as high-risk if any of the following apply to the recipient:

Federal Financial Reports (known as the "SF-425" or the "FFR") are due quarterly as follows:

If your organization has a match requirement (refer to Program Announcement), the match should be reported on the SF-425.

Performance Reporting varies by program. All OVC tribal grantees and CTAS purpose areas 3, 4, 6, 7, 8, and 9 are required to provide performance data through the Performance Measurement Tool (PMT). Data entry should be completed per the instructions provided by the PMT Help Desk or your Grant Manager. Once data entry is complete, the PMT will allow you to generate a semiannual report PDF to upload into JustGrants as your semiannual progress report. The PMT can be accessed at https://ojpsso.ojp.gov/ and more information can be found at https://ojp.gov/performance.

Progress Reports are usually due in JustGrants as follows or as listed in the solicitation:

Audit Reports. Single Audit Reports may be required. Non-Federal entities that expend $750,000 or more in federal funds (from all sources including pass-through subawards) in the organization’s fiscal year are required to arrange for a single organization-wide audit conducted in accordance with the provisions of Title 2 C.F.R. Subpart F (§ 200.500 et seq.). A special condition is included with your award detailing the reporting requirements for the audit reports. All audit reports must be submitted to the audit clearinghouse at https://harvester.census.gov/facweb/.

Grantees must submit reports on a consistent and timely basis. Instructions for completing the reports can be found in the DOJ Grants Financial Guide (for grants awarded on or after 12/26/14). Questions concerning progress reporting should be directed to the OVC Grant Manager for the award.

Any non-Federal entity that has a federally negotiated indirect cost rate may request a one-time extension of a current negotiated rate for a period of up to four years. This extension request is subject to approval from the cognizant agency for indirect costs.

The training is valid for three calendar years from the date on the certificate.

Formerly known as a No Cost Extension, a Project Period Extension is used to extend the length of a funded award. Not all awards are eligible for extensions (see FAQ #5), so it is important to check with your OVC Grant Manager about the specifics of your award and before proceeding with a Project Period Extension Grant Award Modification (GAM). JustGrants is the new Department of Justice (DOJ) grant management system replacing GMS.

No. The Office of Justice Programs (OJP) cannot grant project period extensions solely because the grant funds have not all been spent during the project period.

A grantee would request an extension if they have encountered significant delays completing project activities due to circumstances beyond their control and have project deliverables left to complete (including victims to serve) as the project end date approaches.

No. A Project Period Extension does not provide any additional funding; it only extends the project end date so the grantee can continue to expend the original award amount. Therefore, a project period extension is only feasible when a grantee has grant funds left to continue their work to meet project goals and objectives.

Awards made with Tribal Victim Services Set-Aside funds may be extended, with justification from the grantee. These awards are identified by the “VO” in their award numbers (for example, 2018-VO-GX-0001). Combined Tribal Assistance Solicitation Purpose Areas (CTAS) 6 and 7 including grant award numbers that include a “V4” or “V6” (e.g. 2018-V6-GX-0002 or 2018-V4-GX-0003) are also eligible for an extension of 12 months.

OJP considers a number of factors when evaluating a request including whether or not the grantee has had significant performance or compliance issues during the current grant award period; whether the request is supported by a strong narrative justification establishing that the extension is for the benefit of the Federal government; and whether the request includes timeline for how the grantee will meet the goals and objectives of their project within the period of the extension.

While the current version of the USDOJ Financial Guide requires grantees to submit the request no later than 30 days prior to the end of the current grant award period, OVC strongly encourages grantees to reach out to their OVC grant manager at least 90 days prior to your end date to confirm whether their award is eligible for an extension. The 90-day time period allows grantees sufficient time to address any potential required changes to the required GAMs before the award period ends.

The following documentation must be attached to your GAM in JustGrants:

For Tribal Victim Service Set-Aside grants, the OVC Tribal Division can process one project period extension per award. The extension can increase the total length of the project to no more than 60 months. Depending on the length of the current award period, this might allow for a 12- 48-month extension.

Once the GAMs for the project period extension and the budget revision have been submitted in JustGrants, they will be reviewed internally by OVC staff and the Office of the Chief Financial Officer (OCFO). If OVC or OCFO identify changes that must be made before the GAM can be finalized, you will be notified and given an opportunity to make the changes. You must make any required changes and resubmit the GAM for review and approval before the award period ends. When the GAM has received final approval, JustGrants will automatically update with your new end date. Please note, this approval process can take several weeks, and you are therefore encouraged to start the GAM process at least 90 days prior to the end of your current grant award period.

All requests will need to be submitted via a GAM in JustGrants as described above and be approved by OJP to allow you to access your funds beyond the current end date.

Grantees should communicate with their Grant Manager throughout the award period to ensure that they are able to successfully meet their goals and objectives within the original award period. If you have an OVC tribal award, and have made no, or little progress to date in implementing your project, you are strongly encouraged to contact your OVC Grant Manager now to discuss possible reprogramming options. Generally, it is not advisable for grantees to wait until the end of the award period to spend their remaining funds and purchase equipment and supplies.

Please reach out to your designated OVC Grant Manager if you have any questions related to extension requests. They will provide any additional information or necessary Training and Technical Assistance referrals.

Visit www.ojp.gov/tfmc to access additional resources or to submit a technical assistance request. 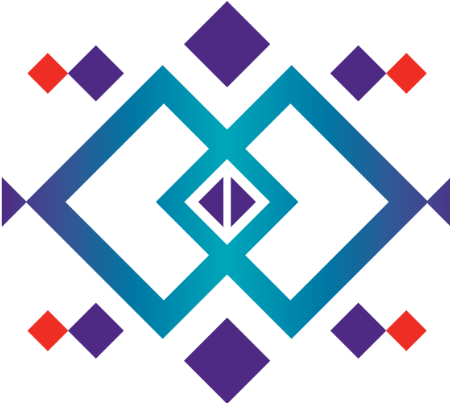