Office for Victims of Crime (OVC)

The Office for Victims of Crime (OVC) is committed to enhancing the Nation’s capacity to assist crime victims and to providing leadership in changing attitudes, policies, and practices to promote justice and healing for all victims of crime.

Visit the OVC website to learn more about OVC.

OVC's main undertaking is to improve the Nation’s ability to help victims of crime and to be a leader in transforming attitudes, policies, and practices that encourage justice and healing for victims. There are six divisions of the OVC which administer particular areas. They are: 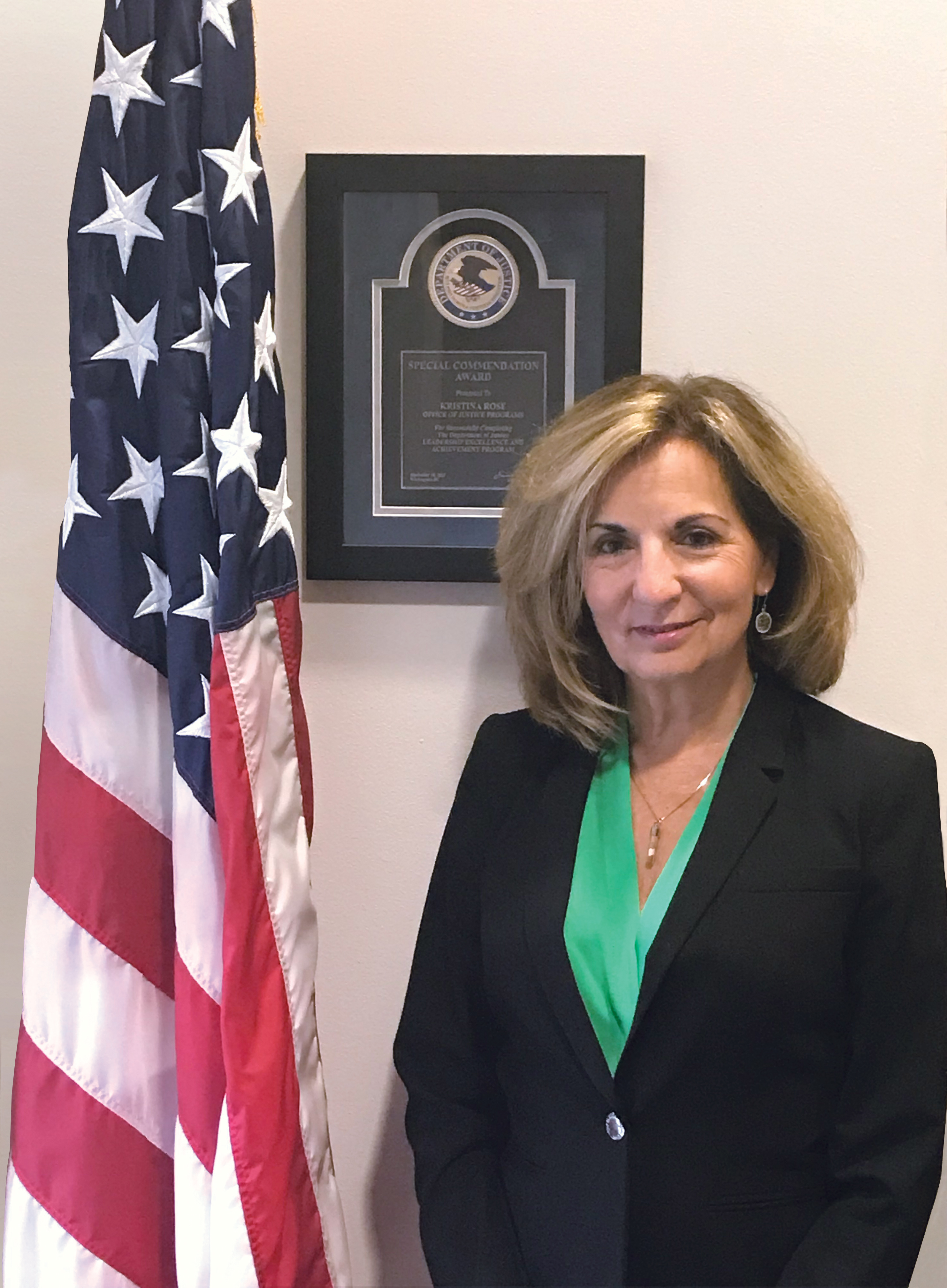 Kristina Rose is the Director of the Office for Victims of Crime (OVC) at the U.S. Department of Justice (DOJ), where she oversees programs and services that support crime victims and survivors.  Ms. Rose was appointed to this position by President Joe Biden, and sworn in on July 12, 2021.  At OVC, she oversees nearly $9 billion in grant funding to provide vital compensation and assistance to persons impacted by crime.  OVC also invests in new and innovative approaches to improving the criminal justice and community response to crime victimization and raises awareness of crime victim rights.

Prior to her OVC appointment, Ms. Rose was selected to serve on the Department of Defense Independent Review Commission on Sexual Assault in the Military, where she led the Victim Care and Support effort.

Ms. Rose spent nearly 20 years at DOJ serving in numerous roles including as Deputy Director at OVC, as Acting Director and Deputy Director for the National Institute of Justice, and as the Chief of Staff for the Office on Violence Against Women.  In 2016, Ms. Rose had the distinct privilege of working at the White House on detail as a Senior Policy Advisor on violence against women in the Office of Vice President Joe Biden.  As Senior Policy Advisor, she provided expert advice and guidance on domestic violence, sexual assault, and stalking.  She also coordinated the White House Task Force to Protect Students from Sexual Assault and wrote a guide for college presidents on developing comprehensive plans to address campus sexual assault.  In 2013, Ms. Rose spent 8 months as a victim advocate in the U.S. Attorney’s Office in Washington, D.C., working hands-on with victims of all violent crimes.

In between her periods of Federal service, Ms. Rose served in the nonprofit sector as the Director of Strategic Partnerships for Healing Justice and as the Executive Director of End Violence Against Women International.

She holds an M.S. in criminal justice from Northeastern University and a B.A. in sociology from George Mason University.