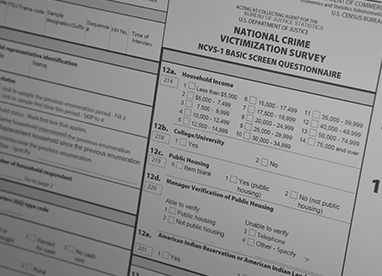 Five years after the Katzenbach Commission identified the need for victimization data to augment the FBI's Uniform Crime Reports, a National Crime Survey is fielded to 72,000 U.S. households.

The National Crime Victimization Survey, as it is later known, is administered by the Bureau of Justice Statistics and is the nation's primary source of information on criminal victimization, capturing data on many crimes not reported to law enforcement.