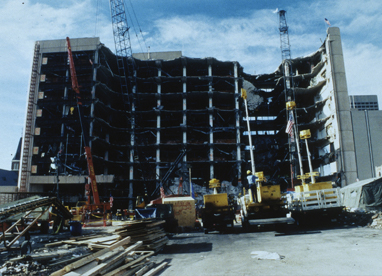 A car bomb destroys the Alfred P. Murrah Federal Building in Oklahoma City, killing 168 people. Congress responds by carving a $50 million Antiterrorism Emergency Reserve out of the Crime Victims Fund to support victims of mass violence. OVC's Antiterrorism and Emergency Assistance Program goes on to support numerous survivors of mass violence and domestic terrorism, including thousands affected by the attacks of September 11, 2001.